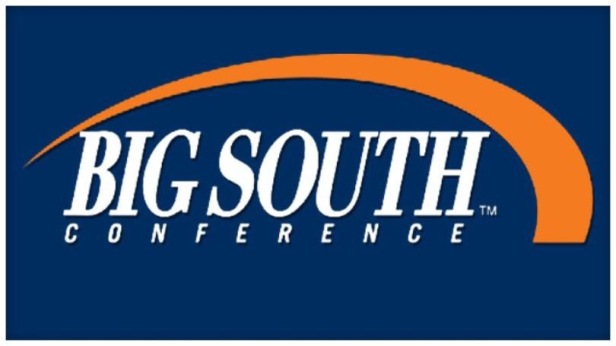 ROCK HILL, S.C. – Radford coach Mike Jones had a pretty visceral reaction when he first saw his team’s 2016-17 Big South schedule.
“I was sick to my stomach when I saw the schedule come out,” joked Jones, realizing that his Highlanders would face both participants from last season’s Big South championship game to start the league slate.

Chances are, the rest of the league is going to be pretty sick when facing his Highlanders.

Radford knocked home 16 of 33 tries from three-point range and made timely shots all day, fighting off Winthrop – and 37 points from preseason Big South Player of the Year Keon Johnson – in front of 1,199 fans in Winthrop Coliseum Saturday afternoon.

“I think you’ve really gotta give a lot of credit to Radford. I thought they were really, really good tonight,” said Winthrop coach Pat Kelsey. “They had a big win the other night against Asheville, which is one of the premier teams in our league, and (then) to come into our place, and we were the preseason favorite to win the league […] To come in and get a win like that is really, really good back-to-back wins.”

The Highlanders battled the homestanding Eagles in a tug-of-war for much of the first half, before a burst by Jones’ club created some separation. Radford (7-7, 2-0 Big South) went on a 10-1 run over a three-minute span to open an 11-point lead, capped by a jumper by Ed Polite Jr. Winthrop (9-4, 1-1) quickly countered, going on an 8-0 run of its own. The Highlanders eventually took a five-point lead to the locker room.

Winthrop’s Xavier Cooks started the second half much as he started the first, scoring his team’s first five points of the period after scoring the first six of the game. Cooks picked up a technical foul four minutes into the period while arguing over a non-call, however, restricting him to the bench for five-plus minutes of game action. The Eagles kept the game close in the absence of their junior star, but it seemed every time they were in position to tie or take the lead, the Highlanders knocked down another key shot.

“Very timely, big, big moment shots,” stated Kelsey of Radford. “We started to chip into the lead a bit, get a stop, then the ball falls a certain way and they kick out and get a wide-open three. The way they came in and played, the plays that they made in big moments…you’ve really gotta tip your cap to them.”

In one of those instances, a Johnson layup sliced the lead to just two points, but another 13-2 Radford run extended the lead back to 13. Winthrop again chipped away at the lead, as Kelsey mentioned, gradually returning the lead to just two, but a Justin Cousin three moved the Radford advantage back to five with 1:20 to play. The Eagles had two more attempts to tie the game after a Highlander miss, but neither three-point attempt would fall, and a Sterling Christy dunk with 16 seconds to play all but sealed the Radford victory.

Jones was pleased with the victory and his team’s effort, but emphasized after the game that there is still plenty of time left in the season. “I just think we’re learning,” said Jones, whose club features several newcomers after last year’s team graduated six seniors. “We’ve got so far to go, it’s not even funny. It’s good for our guys’ confidence. They’ve put in a lot of hard work, and I’m glad to see them get a little bit of a reward. It (doesn’t) stop there. We’ve got a long way to go.”

Radford placed four players in double figures, paced by guard Caleb Tanner’s 20. Tanner converted on 7-of-16 tries, including 5-of-12 from beyond the arc. Cousin joined Tanner in thriving from distance, pouring in 19 points on 6-of-10 from the field (6-of-9 from three). The tandem’s success was something for which Kelsey’s club had prepared, but the duo still combined for nearly half their club’s points. “Both guys that you don’t want to get rhythm threes, one got 16 attempts off (Tanner) and one (Cousin) got 10 attempts off,” said Kelsey after the game.

Johnson nearly singlehandedly changed the result for his club, taking over the game in a manner that many – including Jones – have seen far too many times. “These last two games, it’s like I did something to him. I try to show him love every time I see him, but it’s not working,” laughed Jones. “He’s an unbelievable player. He just has a knack for drawing fouls and getting to the free throw line. He ain’t afraid to take the big shot. He’s a tough customer.”

Cooks scored 17 to join Johnson as the only Eagles in double digits.

Both teams return to Big South play Wednesday. Radford will host Gardner-Webb in the Dedmon Center for a 7:00 (Eastern) tip. Winthrop will travel to High Point. That game is also slated for a 7:00 start.