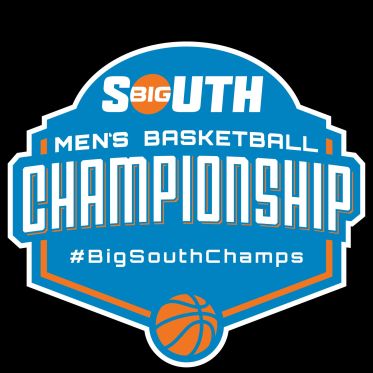 ROCK HILL, S.C. – Friday night’s second Big South semifinal game seemed to be on the mind of every fan who follows the conference.  Even with all the advance billing, it seemed impossible that what took place could live up to the hype.

Big South Player of the Year Keon Johnson had just two points at the half, but scored 29 in the second period and overtime, while fellow All-Conference performer Xavier Cooks recorded his second double-double in as many tournament games, helping top-seeded Winthrop survive red-hot Gardner-Webb, 80-77, in a Big South tournament semifinal that required five extra minutes to decide.

“I’m sure everybody would agree that that was a great college basketball game,” said Winthrop coach Pat Kelsey.  “I think (Gardner-Webb) played valiantly.  They made big plays down the stretch.  That’s a tough, physical, well-coached basketball team that poured their heart and soul onto the floor today.  It’s fun to be a part of it, and we are fortunate to be able to advance.”

Both defenses clamped down early, as Gardner-Webb was held scoreless for the first three-and-a-half minutes of the contest.  Neither side had reached 20 points at the nine-minute mark.  While Winthrop went four minutes, 34 seconds without scoring as the interval neared, the Eagle defense held serve, allowing just five points during that stretch.  Gardner-Webb (19-14) took a 29-23 advantage to the locker room, despite Winthrop connecting on just 9-of-30 shots (30 percent) in the period.

Runnin’ Bulldog guard LaQuincy Rideau notched 17 points in the first half, and a bucket from the sophomore pushed his club’s lead to eight on the first possession of the second half.  Winthrop (25-6) quickly responded, as a 9-0 run over a two-and-a-half-minute span gave the Eagles a one-point lead and ignited the large Winthrop Coliseum crowd.

The lead – and the roaring crescendos from the dueling Winthrop and Gardner-Webb fan groups – seemed to trade back and forth on every possession.  The final 15 minutes of regulation were filled with frenzied sequences that seemed to cause the fans – and coaches – to live and die on each trip down the floor.  Both coaches commented after the game on the spirited atmosphere, which provided much-needed energy to both squads.

“Bar none, hands down, the best (atmosphere) I’ve ever seen since I’ve been here,” said Kelsey.  “It felt like a high-level, big-time college basketball game.”

The crowd saw an exciting end to regulation, as Johnson strode to the line with 18 seconds remaining and his team up by a point.  He converted both free throws, followed by a Jamaal Robateau swish from distance to tie the game at 68.  A Johnson attempt at the horn fell short, and fans were rewarded with five additional minutes.

The back-and-forth “tractor pull”, as Kelsey loves to describe these types of games, held strong in extra time, as neither side could separate beyond one possession.  A circus layup by Keon Johnson tied the contest with 53 seconds remaining, and Johnson and Cooks converted on six straight free throws – the pair made good on 23-of-24 tries from the foul line on the evening – to help finally hold off the never-say-die Runnin’ Bulldogs.  Still, Craft’s squad had one final shot to tie remaining with just over three seconds remaining.  That shot fell short, though, and the garnet-and-gold-clad home faithful could finally exhale.

The physical nature of the contest clearly took a toll on both sides, with Johnson, wearing a wrap on his wrist, saying, “I’m banged up” to media after the game.  Cooks indicated he did not need the day off afforded his club by the tournament scheduling, though Johnson joked that he could use the day, to laughter from the room.

Friday’s result aside, Craft expressed excitement for his club’s effort down the stretch and its future.  “I think we’ve had a really good season,” said Craft.  “You try to tell the players that, and it’s hard to really look (favorably) at anything right now, when you look at what you’re giving up, and the chance to compete one more day … I’ve got a lot of those guys back.  We lose one guy (senior star Tyrell Nelson).  I’m excited to coach them next year.  I hate that it’s ended today, but I’m excited about the group we’ve got in there.”

Rideau, who did not start the contest after drawing a technical in Friday’s quarterfinal, tallied 30 points off the bench, adding seven boards and four assists.  Robateau added 14, with guard Liam O’Reilly adding 10 points and six assists.

Johnson’s 31 made him the second player in Big South tournament history – he joined Campbell’s Chris Clemons, who also achieved the feat earlier in the day – to finish back-to-back games with 30 points or greater.  Cooks added 23 points and 15 boards, converting all nine of his free throw tries.

Winthrop advances to its fourth straight Big South championship game, and will face seventh-seeded Campbell Sunday afternoon at 1:00.  That game will be broadcast on ESPN.  Kelsey spoke after the game of his plans to use the aforementioned off day to prepare his club, while still keeping his players fresh.

“I’m sure Campbell’s going through the same thing as well,” said Kelsey.  “We’ll do a good job preparing for a tough team to prepare for, and obviously, Chris Clemons is playing out of this world right now.  It’ll be another great battle.”