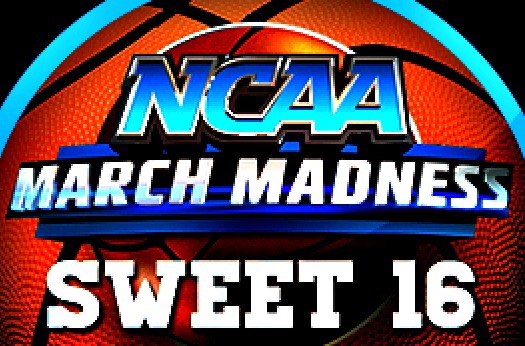 Xavier and Butler were once viewed as mid-majors in the world of college basketball.These aren’t your father’s Musketeers and Bulldogs.

On a day that saw reining national champion and No. 1 overall seed Villanova get knocked off by 8-seed Wisconsin, 65-62, Xavier and Butler made history for the Big East. For the first time since the league reconstructed in 2013, two teams will represent the conference in the Sweet 16.For the Musketeers, it’s their sixth Sweet 16 berth in the last 10 years. It’s Butler’s first appearance in the second weekend since the Bulldogs finished as the national runner-up in both 2010 and 2011. They could only do it in the Atlantic 10 and Horizon League, right? Wrong.

Chris Mack’s Musketeers lost six in a row in February. They entered March having not won since Feb. 8. But, two straight wins over DePaul propelled Xavier into a Big East Tournament Quarterfinal tilt with Butler. The depth of the conference, which sent seven to the Big Dance, certainly shows now. A league tournament quarterfinal showdown, one that saw Xavier all but officially locked up its NCAA Tournament bid with a 62-57 win, ended up featuring the Big East’s two Sweet 16 teams. While Jay Wright’s most successful senior class ended its season way too soon, Xavier thumped 3-seed Florida State, 91-66, while Butler held off Middle Tennessee State, 74-65.

After beating 6-seed Maryland on Thursday, the Musketeers had the tall task of knocking off the Seminoles in Orlando. Chris Mack’s 1-3-1 zone forced Leonard Hamilton’s team into perimeter looks, and the game plan could not have worked out better for Xavier. Following a 2-for-13 performance beyond the three-point arc against FGCU, Florida State finished 4-of-21 from deep on Saturday.

The dominant defense from the Musketeers wasn’t the night’s biggest surprise, though. Since Xavier lost star point guard Edmond Sumner to a torn ACL on Jan. 30, the Musketeers’ halfcourt offense hasn’t even been close to what it was with the redshirt sophomore running the show. Xavier picked a pretty good time to get into a groove. All-Big East First Team selection went off for 29 points, as five scored in double-figures in the blowout win.

What’s the biggest question for Xavier after Saturday’s win?

What is Sean O’Mera Eating?

Coming off a career-high 18-point, 7-rebound performance in the first round triumph over Maryland, O’Mara continued to be a problem on Saturday. The junior, who entered Saturday at sixth on the team in scoring with just 6.1 points per game, put up 11 and five boards against FSU.

Much like Xavier was a team that not many thought much of entering March, Butler was an afterthought in the league heading into the season. Losing Roosevelt Jones and Kellen Dunham to graduation, the thought was that Chris Holtmann’s squad was in a re-tooling year.

The Big East Coach of the Year and his Bulldogs knocked out the tournament’s proclaimed Cinderella, MTSU, with a 74-65 win.

What has Butler back in the Sweet 16, you ask?

It’s only fitting that like Blueitt, it’s another All-Big East First Team player who has driven the Bulldogs.

“I have trouble taking him out of the game because he does so much,” said Chris Holtmann on a coaches teleconference earlier this season.

The senior scored 15 points on 6-of-12 from the field and delivered the dagger for Butler. With 3:27 left and the Blue Raiders within three, Chrabascz caught the ball at the top of the key and buried the three that seized all of the momentum.

This is not the Bulldogs that were the Cinderella team of the past. While there is much to make about North Carolina having an easy pathway to the Elite Eight, Butler is looking nothing like a Sweet 16 pushover in the South.

This was the last image I saw this season. Pretty perfect way to end the year. (Brian Wilmer/College Hoops Digest)